Avida manufacture a multitude of different vehicles with floorplans available to suit every lifestyle allowing you to explore this beautiful country in style and comfort while experiencing the motorhome lifestyle. Quality Australian-built motorhomes designed for tough Australian conditions.

Customer support is paramount at Avida and that’s why every new Avida motorhome or caravan has a very important attribute we simply call “peace of mind” with our market leading 3 year (or 1 million kilometre for Motorhomes) factory backed warranty, 5 year structural guarantee, 2 year emergency roadside assistance.

Motorhomes and caravans are complex machines and many people are often confused as to why warranty periods differ in some instances depending on the item concerned.

Built with extra strength, ground clearance and protection. The Multi Terrain caravan allows you to go outback, down unsealed roads and through some corrugations. Always be mindful of speed when driving over corrugations, make extra provisions when heading outback and most importantly, drive safely.

Built with extra strength, ground clearance and protection, for prolonged off-road usage. The Off Road caravan allows you to go outback, down unsealed roads and over corrugations. Always be mindful of speed when driving over corrugations and under no circumstances should these caravans be exposed to water crossings above draw bar height. Make extra provisions when heading outback and most importantly, drive safely.

Avida’s Off Road caravan is not designed for extreme 4WD tracks that are unsuitable for towing large trailers. If you’re looking to do some four wheel driving we strongly recommend that you unhook your caravan, leave it in a secure location and head off exploring in your tow vehicle. Always ensure you make extra provisions when heading outback and most importantly, drive safely.

You should read your handbook folder to fully understand what is offered on each component of your Avida motorhome or caravan. If in doubt, please call us for assistance on (02) 4948 0433.

Avida is proud to be fully accredited as a national RVMAP manufacturer as RVMAP accreditation is verification of Avida’s willingness to manufacture in accordance with the highest national standards for safety and quality of care. To achieve RVMAP accredited status, members must be 100% compliant of business processes and products; anything less is not acceptable.

Avida has partnered with global insurance broker Arthur J. Gallagher to offer an insurance solution that meets the everyday needs of motorhome and caravan owners like you. This product has specifically been designed for RV’s and the wonderful lifestyle that you live.

While you benefit from Arthur J. Gallagher’s global scale to get a better deal on your insurance, Arthur J. Gallagher is committed to supporting and growing their local presence. As part of this, you will be serviced by an Australian based specialist RV insurance team.

To the extent that any material on this page may be considered advice, it may only be considered general advice as it does not take into account your personal objectives, needs or financial situation. Arthur J. Gallagher urges you to read the relevant policy wording and consider whether any products are appropriate for your situation before making a decision to acquire insurance.

Avida RV offer a 24 hour, seven day a week roadside assistance program intended at addressing your needs in the unlikely event of your RV breaking down or experiencing a technical problem.

Advantage Help (for motorhomes) and Sovereign Help (for caravans) roadside assistance program is included FREE with all new Avida RV’s purchased for the first two years in Australia.

From minor roadside repairs to security system advice and vehicle recovery following breakdown, Avida RV’s roadside assist scheme has it covered. Checking electrical problems, jump starting flat batteries, tyre change and replacement of lost keys are just some of the many areas where Avida can help.

Those that have joined Avida RV Help and require emergency roadside assistance should call 1800 RV HELP (1800 784 357) and quote your registration number.

Avida have been manufacturing RVs in Australia since 1965 and joined what is now the RVMAP program in May 1989 making Avida the longest standing member in the industry and the only RV manufacturer with continuous compliance for over 26 years.

Avida is proud to be fully accredited as a national RVMAP manufacturer as RVMAP accreditation is verification of Avida’s willingness to manufacture in accordance with the highest national standards for safety and quality of care. To achieve RVMAP accredited status, members must be 100% compliant of business processes and products; anything less is not acceptable.

The Caravan Industry Association of Australia’s Recreational Vehicle Manufacturing Accreditation Program (RVMAP) ensures that every Recreational Vehicle (RV) built by an RVMAP accredited manufacturer complies with all relevant regulations including Australian Design Rules and Australian Standards, and also with the additional requirements of RVMAP’s Code of Practice.

The RVMAP “Accredited” Badge on an RV is the ultimate proof of compliance – only Members who have attained RVMAP Accreditation are entitled to display it.

Avida’s Sales and Marketing Manager Billy Falconer said “Avida is proud to be an accredited RVMAP manufacturer ensuring all Avida products are fully compliant and meet the high standard of quality and safety. So before buying an RV, make sure the product is displaying an RVMAP accredited badge”

Compliance is all part of the daily process for the Avida in-house research and development team, which is why Avida continues to offer industry leading customer support with our 3 year or 1 million kilometre factory backed warranty, 5 year structural guarantee, 2 year emergency roadside assistance, coupled with our comprehensive nationwide accredited service network to ensure we are with you all the way. Discover your dreams in a fully complied Avida product today.

Avida, a great Australian story, has been manufacturing RVs since 1965 in Western Sydney NSW. Avida remains the number one manufacturer of motorhomes in Australia with over 50 years of experience building RV products like motorhomes, campervans and caravans. At a time when much of Australia’s manufacturing is fast disappearing overseas to the detriment of local jobs, Avida remains in the original hands of the founder as a true Australian family company employing and supporting hundreds of Australians and their families at the 4 hectare (10 acre) site. You can be very confident you’ve made the right decision when you purchase an Avida. 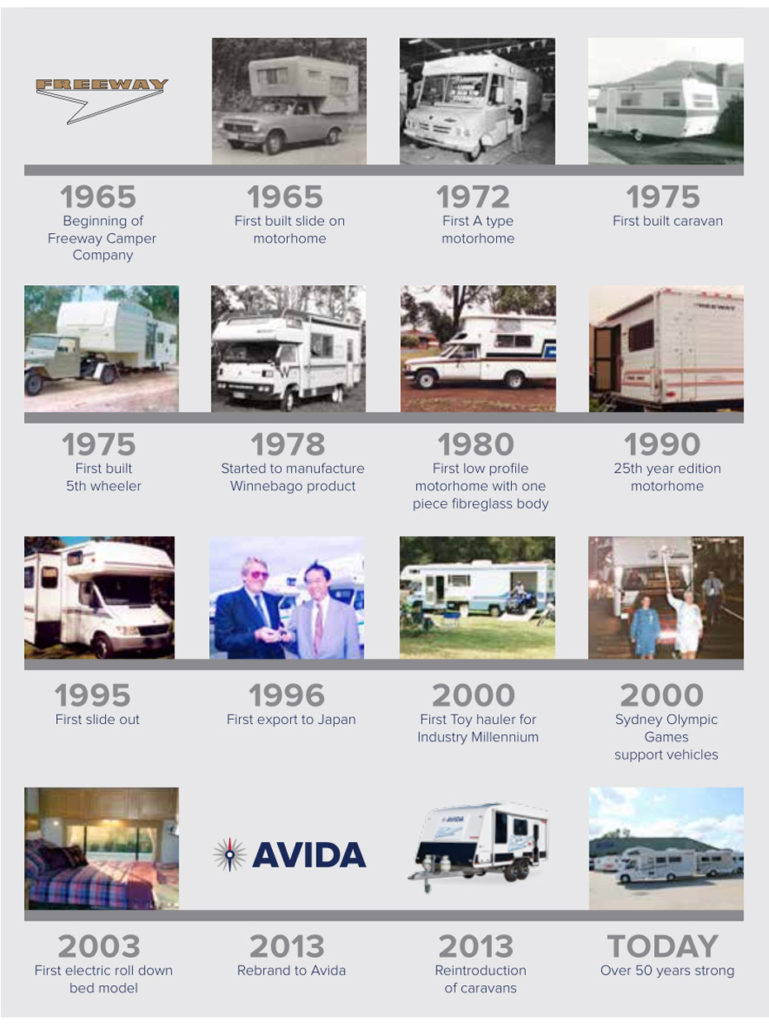 The roots of Avida go back to 1965, with the formation of Freeway Camper Company. Bruce Binns, with the assistance of his wife Ruth, introduced the first Freeway slide on camper to Australia. They progressed with the Freeway name by also producing motorhomes, caravans, fifth wheelers and tent trailers.

In 1978, Freeway Camper Company changed its name to Winnebago Industries and the Original Australian Winnebago was born, and whilst these vehicles were not manufactured by, or by anyone having any association with, Winnebago of the United States, the company continued to grow because of it’s commitment to research and development of the Australian conditions and market.

After moving to Wetherill Park in Western Sydney in 1988, the business grew from producing Motorhomes in one factory to producing Motorhomes in four factories and in 2000, the company purchased a 4 hectare (10acre) block of land at Emu Plains NSW. By January 2001, the company had settled into the new premises, the same site it operates out of today.

Decades on from the humble beginnings, the company today is still run by the family to ensure the legacy of the company continues. With decades of experience behind Avida, the knowledge of the Australian Conditions is second to none and backed by a large Research and Development Department the company has grown to be Australia’s largest Motorhome manufacturer.

Avida are committed to providing high quality, sleek style, efficient designs and the best value motorhomes and caravans on the market. Currently Avida employs approximately 250 dedicated workers who produce approximately 600 Avida RVs per year and has a large network of Dealers throughout Australia and New Zealand.

You can be very confident you’ve made the right decision when you purchase an Avida motorhome or caravan. 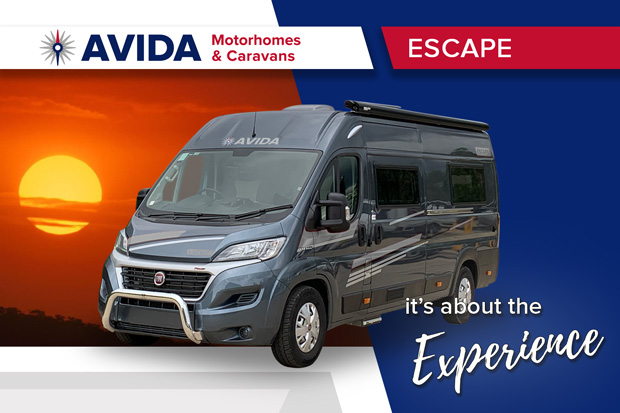 Looking for a campervan that you can use for work or play? Well the Escape camper van is just what you are looking for. The Escape is sleek, stylish and compact enough to fit into the average family… 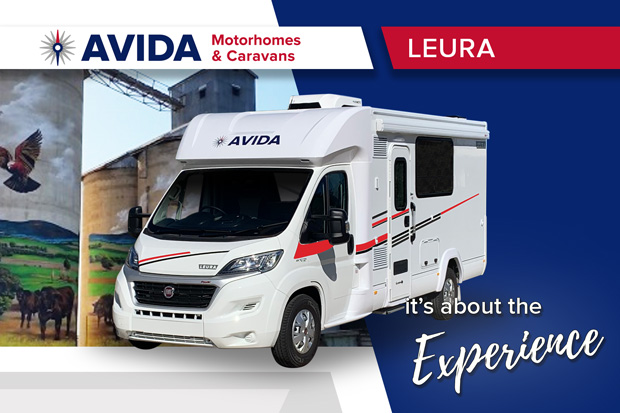 The Avida Leura is a competitively priced, compact motorhome with a surprisingly spacious living area and large bathroom with separate shower and toilet. This is normally reserved for much larger… 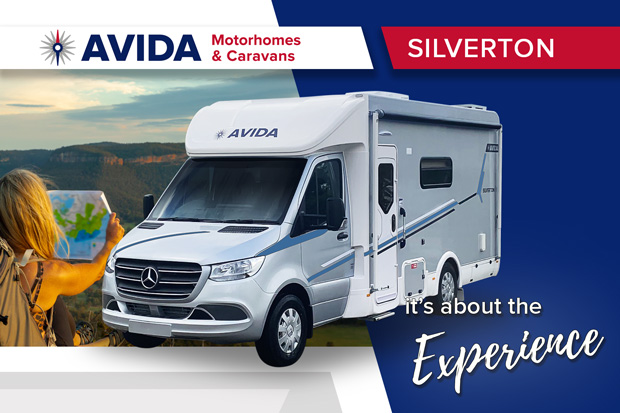 The new Avida Silverton is a 7.1m motorhome that will be built on the brand-new luxury 418 Mercedes Benz chassis which has a modern interior and is packed with features. Available as a B type motorhome… 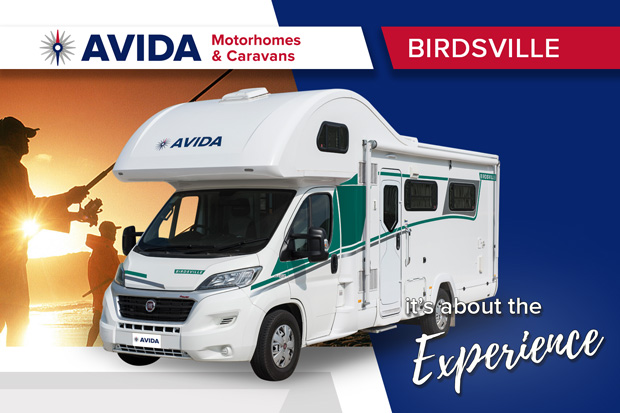 Do you dream about what it might be like to have the freedom to hit the open road with all of the comforts of home? Or to holiday in luxury surroundings whenever and wherever… 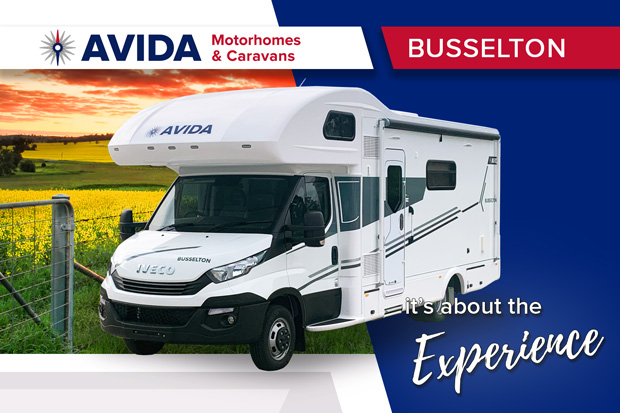 The Avida Busselton range is fully self-contained with kitchen, rear or mid bathroom, and is built on the rear wheel drive Iveco chassis. Available as a C Type (bed over cabin), the Avida Busselton… 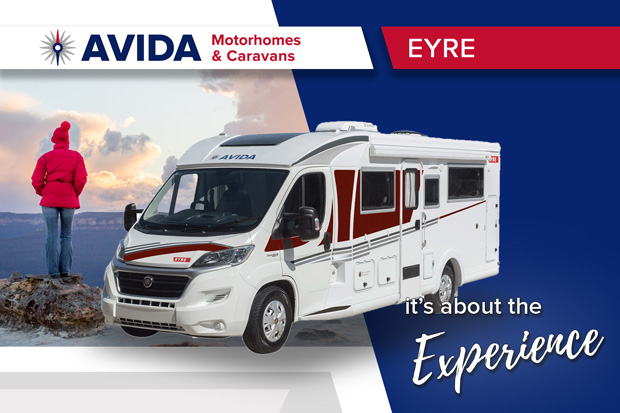 So sleekly seductive inside and out, the eye catching Eyre is the lowest profile motorhome on the market. Oozing with luxury styling, the Eyre makes every trip an indulgence and storage under the carport… 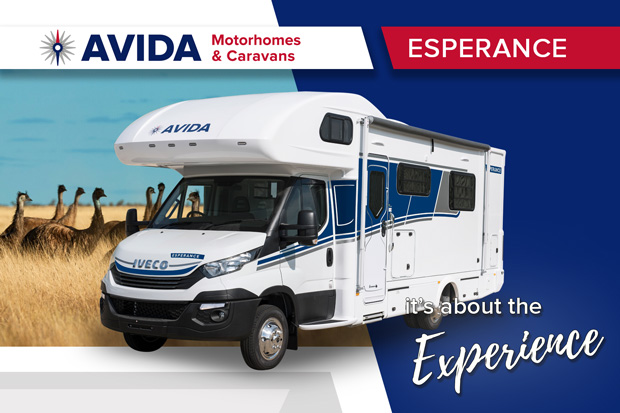 A pleasure to drive, safe, affordable and functional yet packed with the latest motorhome technology, the Esperance can take you to most of those places you have always wanted to experience… 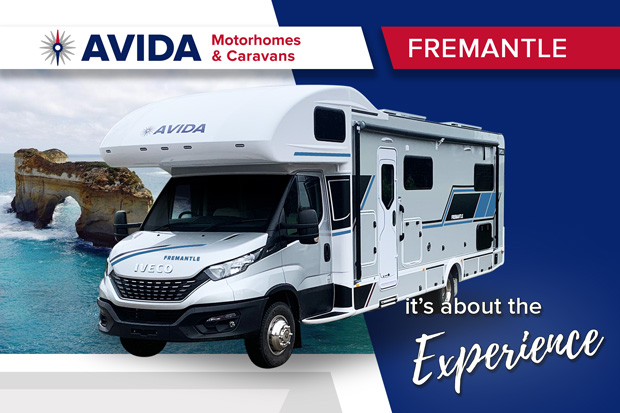 The Avida Fremantle motorhome range is innovative and luxurious throughout, matched with the reliable Iveco 70C-21 E6 chassis. 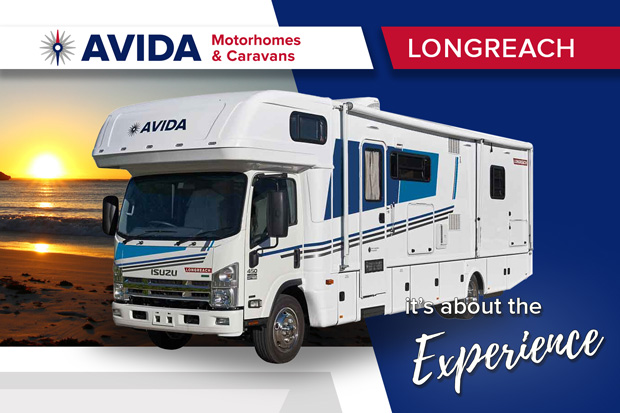 Do you dream of breathing in salty fresh air whilst strolling on a long sandy beach or perhaps the challenge of an all day hike up a mountain? Whatever experience you desire, wherever you may…