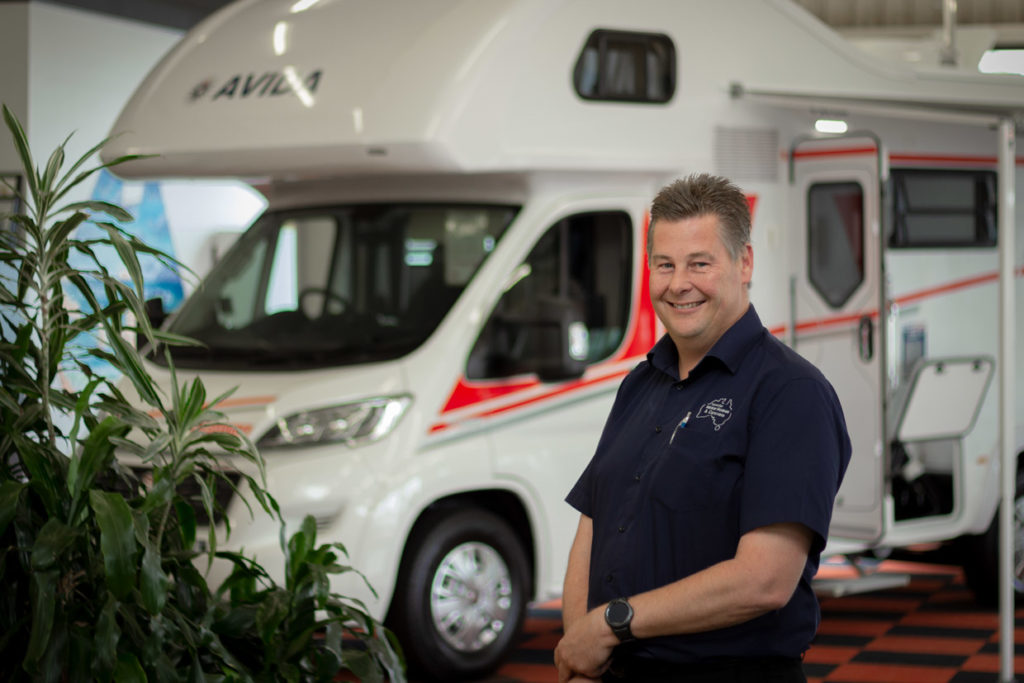 Chris comes to us after having spent the last 16 years with the Hinterland group on the Gold Coast.

For the first 10 years, Chris was a part of the Toyota Franchise where he took on roles such as used vehicle sales, finance and insurance manager and New and Used car manager. In 2012 the Hinterland Group purchased the Winnebago franchise in 2012 which later became the Avida Gold Coast dealership in which Chris was responsible for developing and starting up.

Before the Hinterland group Chris was in pawn-broking for over 8 years and originally did a retail traineeship straight out of school with Rueben F Scarf menswear.

Chris has joined as as our new General Manager and he enjoys the challenge of helping customers achieve their dreams in getting out of their current life and hitting the road.
Back
Menu