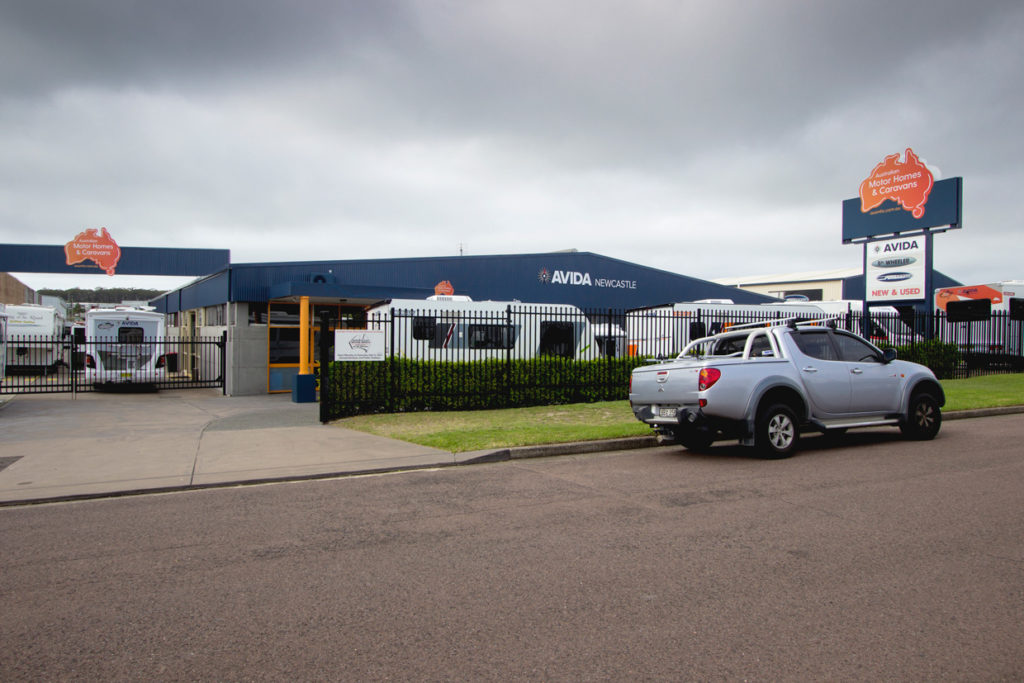 This coming April marks our 20th year at our Bennetts Green location and as part of reaching that milestone, we would like to announce the launch of our new brand…. Australian Motor Homes and Caravans.

For most this may not be a big change but to align our business with our brand, we took a look into what we were as a company and what we do for our customers. For years we have been known nation wide as the place to go when buying a motorhome and we boasted the largest selection of motorhomes from Australia’s two leading manufacturers. Occasionally we would trade a caravan but since it was never our core business, we never really focused on them.
As we matured as a company, our online presence put us into places right across Australia and the world so the demand to sell caravans increased significantly. In mid 2013 it was decided that we should embrace the caravan market so we allocated half of the current display to exactly that. Avida RV were releasing their new range of Sapphire caravans and shortly after we had the Crusader franchise for the Hunter region. We had two big name caravan brands so we were off to a great start.
By this point though we were still Australian Motor Homes and no-one really knew that we sold caravans so after some deliberation, we had recognised the need to change the business name to better represent what we do. We engaged the services of our creative agency who had previously helped us to develop and build our website, and again engaged them to rebrand Australian Motor Homes and bring it into the next era.

The new logo design defines the iconic coastal drives of Australia and the gradient overlay of the orange from east to west portrays the earthy colours of the outback and stunning sunsets we know and love. To accompany the new logo, staff will have a new corporate look and the display has had a full facelift to support the fantastic new design. The other significant change is the website address which has been shortened to www.ausmhc.com.au – nice and easy to remember.
Our trading hours still remain the same, we still offer the same great service and there is always plenty to see.
Australian Motor Homes and Caravans… You gotta get out here!
Back
Menu